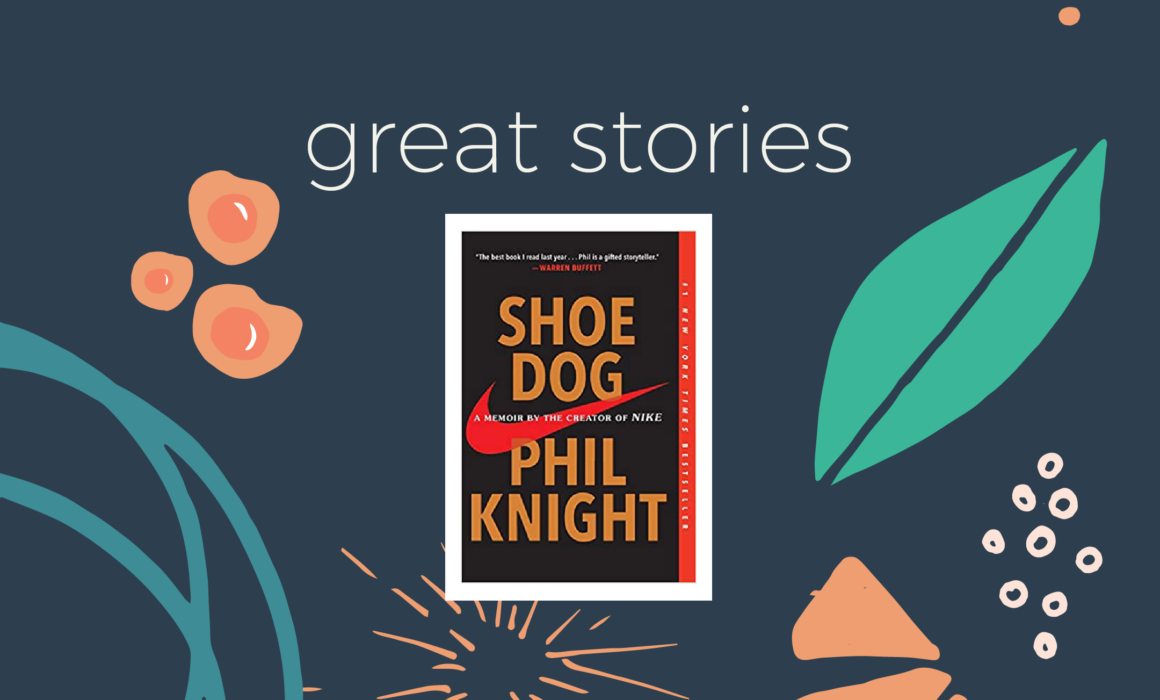 There is no finish line

“Shoe Dog” by Phil Knight is my all – time favourite business memoir. I read it as soon as it came out in 2016.

I have always been a Nike fan right back to university days when the Nike poster of the long distance runner drenched in rain, arms out with the caption “there is no finish line” adorned my residence room at Queen’s. That image spurred on a lot of miles in my waffle trainers.

It is hard to recognize the behemoth of a company that once started in Phil Knight’s trunk. His obsessive passion to find the best shoe for runners was always his fuel.

This is a struggle and emerge tale over and over again. Relentless, eccentric, and far from perfect. Phil Knight doggedly pursued building this company, living most of his life in debt.

In this book you are pulled in and along for the ride, and when you feel like you hit the turning point, that they have made it.  Sales hit 40 million, but there is no sigh of relief, he was on the brink of bankruptcy, again. He talked about how for years each night he would go to bed and his wife would ask “are we going bankrupt?” and he would answer “I don’t know”.

My first business, Starstruck, manufactured a line of women’s clothes that was sold to 320 stores in the US and 120 across Canada. We were miniscule to Nike in every kind of scale, but I identified with the challenge of manufacturing.  It was constant; always this circle of raw goods, works in progress, shipped goods, and the design mill constantly turning with new ideas for the upcoming season. Sometimes it was a roller coaster and sometimes it was like a Ferris wheel, and you wondered when the music stopped would you be at the apex of the Ferris wheel enjoying the view or being invited to get off the ride?! I loved reliving those thrills and imagining that kind of scale.

It is not a perfect tale, the best never are.  Mistakes were made, relationships were fortified and broken, many of which he is still haunted by.

The book is raw, so raw I found myself thinking “do you really think you should say that Phil?” By then we felt like friends, lol.

There was the crisis of sweatshop conditions in their offshore factories. He doesn’t gloss over that. It was a time that shook my own faith in Nike. To their credit they became a leader in factory reform. “We used the crisis to reinvent the entire company. We told ourselves ‘We must do better’.” said Knight. Let’s hope it is, and was enough.

At the end he steps down as chair of the company he founded and walks us through his regrets – time missed with his family, the tragic passing of his son. The wrongs he wished he could have righted.

But he admits that his “secret regret” is “that I can’t do it all over again”.

He goes on to say, “I’d like to share my experience, the ups and downs, so that some young woman or man going through the same trials and ordeals, might be inspired, comforted or warned. Some young entrepreneur, athlete, painter, novelist will press on.”

For Phil Knight there is no finish line, and there is something about that still inspires me (with or without the waffle trainers.)