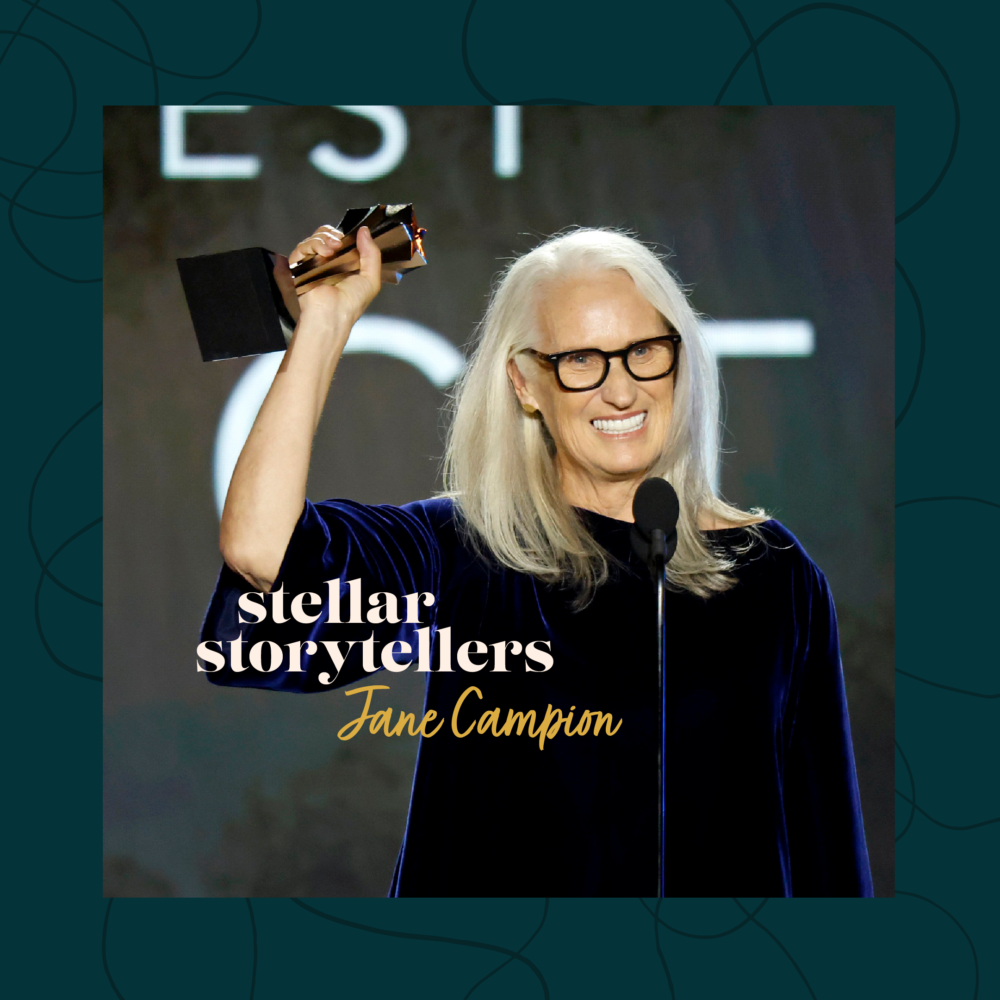 Wow there were a lot of stories about the Oscars last week!!

We think the best story was Jane Campion’s win!

Jane made history at 94th annual Academy Awards for her western drama “The Power of the Dog.”

At 67, she is the first woman to be nominated twice in the directing category this year and the third woman to ever win Best Director.

Poised and gracious during her speech, we were inspired by her dedication to her craft – carving the way for women to enter into this otherwise male-dominated and extremely ageist industry.

During her acceptance speech, she beautifully highlighted the role of the storyteller and the power and impact that storytelling can have on our world.

“I love directing because it is a deep dive into stories, yet the task of manifesting a world can be overwhelming.”

Stories persuade and inspire, sow hope, make a difference… they connect with our emotions and can inspire people to act, to bring about change. As a storyteller, Jane bravely shared this story with the world.

How can we not love this kind of inspiration that says loud and clear, that mastery has nothing to do with age or gender. And everything to do with continuous development of your craft.

We always have a choice in which stories we choose to celebrate and who we hold up. Choosing this one felt important to us!